Dmitry Kaminskiy on The Economist conference:
«The use of virtual robots will lead to improved prosperity and wealth. It will create not just more jobs, but more interesting jobs».

Robo-advisors are already using in ibank.ru which is Lab for blockchain experiments,
and will disrupt the entire marketing, Fintech and banking in the world. 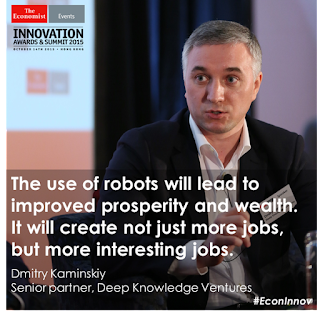 Secrets and beneficiars of the next industrial revolution


Humankind is at the threshold of a new industrial revolution driven by the confluence of a staggering range of emerging technologies. How will it transform politics, economies and societies?

We are forwarding a reshaping of human industry—what we and the author Paul Hawken call the Next Industrial Revolution. Leaders of this movement include many people in diverse fields, among them commerce, politics, the humanities, science, engineering, and education. Especially notable are the businessman Ray Anderson; the philanthropist Teresa Heinz; the Chattanooga city councilman Dave Crockett; the physicist Amory Lovins; the environmental-studies professor David W. Orr; the environmentalists Sarah Severn, Dianne Dillon Ridgley, and Susan Lyons; the environmental product developer Heidi Holt; the ecological designer John Todd; and the writer Nancy Jack Todd.

The term "eco-efficiency" was promoted five years later, by the Business Council (now the World Business Council) for Sustainable Development, a group of forty-eight industrial sponsors including Dow, Du Pont, Con Agra, and Chevron, who brought a business perspective to the Earth Summit. The council presented its call for change in practical terms, focusing on what businesses had to gain from a new ecological awareness rather than on what the environment had to lose if industry continued in current patterns. In Changing Course, a report released just before the summit, the group's founder, Stephan Schmidheiny, stressed the importance of eco-efficiency for all companies that aimed to be competitive, sustainable, and successful over the long term. In 1996 Schmidheiny said, "I predict that within a decade it is going to be next to impossible for a business to be competitive without also being 'eco-efficient'—adding more value to a good or service while using fewer resources and releasing less pollution."

World Economic Forum in Davos today gather industrial leader and experts from think tanks to decide how to prevent catastrophic impact of new technologies on global economy and stability.

The Developed World: Do The Rich Get Richer?

The countries set to adopt new technologies first and most effectively will see the largest benefits. This means the Industrial Internet will help create a manufacturing renaissance of sorts for low-end manufacturing in developed countries and reinforce high-end manufacturing in countries such as Germany and Japan. In short, wealthier countries are best suited to take advantage of this process.
Even in places where the benefits will be the strongest, there will be significant disruption. Jobs will be created and destroyed. Countries like the United States and Germany have already seen most of the job destruction possible in the manufacturing sector, largely due to outsourcing. In a sense, there is not a lot to lose. However, the same is not true of the impact of the Internet of Things (and the Internet itself) on related industries. Automated vehicles, for example, will have a huge impact on the transportation of goods and services.


The Developing World: Will the PC-16 Exist?

The impact of the Industrial Internet of Things on China is quite nuanced because Beijing is trying to balance two conflicting interests. On the one hand, Beijing's biggest fear is social unrest, and managing the social effects of any changes on its large migrant work force is Beijing's top priority. On the other hand, Beijing also knows that in many coastal cities labor costs are becoming exceedingly high. Many low-end manufacturing jobs cannot remain in China with labor costs in other countries, principally Southeast Asia, lagging far beyond coastal China's.
Beijing knows it must adapt to prevent its own version of offshoring, so it has made it a high priority to elevate the sophistication of its industry to the same level as neighboring South Korea, Taiwan and Japan. China is the world's fastest growing market for industrial robots. It is quickly becoming the country with the most Internet-connected devices and is making significant strides in the adoption of additive manufacturing. However, the risk for Beijing is that these changes happen too quickly, causing short-term labor disruptions that require Beijing's swift intervention.
For China, the integration of the Internet into the manufacturing process can be thought of as an extension of the recent, rapid development of its technology, information and communications technology sectors. Although China lags behind the West in many areas of science and technology, it is becoming more competitive in engineering and high technology and could very soon rival all but the United States in those areas. China already has a robust startup culture in first-tier cities, whose technology corporations are performing well internationally. Weibo, the Chinese blogging site, even created a computer that bested Google and Microsoft in an artificial intelligence competition in May.
China's end goal is to leapfrog traditional evolutions in the manufacturing process, like South Korea and Japan did, and move directly to a highly automated, integrated and flexible manufacturing process that can compete in all strands of manufacturing with any country. Regardless of the short-term labor disruptions, if Beijing does not adapt, more jobs are likely to be lost, aggravating the Chinese economic slowdown and potential unemployment problems.

The biggest limitation on the Industrial Internet may not come from governments, policies or the development of the technologies, but rather the safety, integrity and security of companies' operations. Although machine-to-machine communication has been prevalent in manufacturing for decades, historically the network for that communication was closed and thus not as susceptible to external threats as networks connected to the Internet.
Some industries already are coping with the threat of cyberattacks that go beyond bringing down websites or stealing information.

“We are becoming increasingly aware that solutions to our global challenges must purposefully engage youth, at all levels – locally, regionally, nationally and globally. This generation has the passion, dynamism and entrepreneurial spirit to shape the future.”
Klaus Schwab


Founder and Executive Chairman, World Economic Forum, he invites us to see video report on discussion topics the next industrial revolution related.

So what steps are needed to keep the global economy on a firm footing and allow for future growth?

“We should have an e-WTO for the internet age” 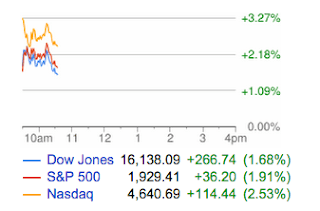 
Apple deliberately take advantage of consumers’ poor knowledge of other tech products (you can’t blame them, the market is overwhelming and moves at a ridiculous pace) to convince them that iPhones are at the cutting edge of innovation. It works.
But None of this is new.
Apple is just better at selling it than any of the other manufacturers.

First, offering a 16GB model. That’s not terribly fair given that there’s no microSD slot. Apple should really take notes from Samsung and start at 32GB.

Next, The iPhone 6S can record in 4K, recording video-photos. This definitely has been around on Android phones since early 2014. For context, the Sony Xperia Z2 could record in 4K

Tablet.
Big, but not biggest.

Naming.
Once we’d covered the big-ass tablet, we were onto the Apple Pencil. What!!? Pencil?
Ok. But we have other problems:
1. Apple didn’t mention any free content on the iPad Pro
2. Force Touch, or 3D Touch as Apple seem to have re-branded it since the Macbook announcement

What is to compare.
Xiaomi showed Mi4i. The Chinese manufacturer launched Xiaomi Mi4i at a large event in Delhi, India. Company created Xiaomi Mi4i keeping in mind the needs of Indian market. This mobile device has a 13 MP camera with a few new features that has come with Xiaomi Mi4i, like the Beautification Application. This app improves your pics and makes them look more alive.

Now Xiaomi is preparing to sell Mi 5 and Mi5 Plus.  These models have similar design to iPhone 6S! 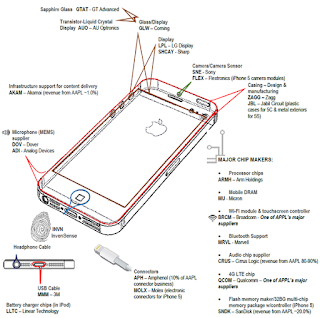 Moreover! The leading generation smartphone MI5 is a real game console!
Xiaomi Mi 5 can save your money if you decided to purchase a dedicated gaming console. With the deadly combination of the 4k HD video streaming and Generation Next IR Blaster, this Xiaomi device can at one time connect to your Ultra HD big screens wirelessly through HDMI and with the dedicated remote control to give you the experience of playing a real game on a console. With the Adreno 430 GPU the visual experience will be terrific. For high performance the Xiaomi Mi 5 will be equipped with the highest possible processor configuration i.e. Qualcomm Snapdragon 820. The latest processor does have the capacity to bring all your games into a small the Xiaomi Mi5 and Xiaomi Mi5 Plus.
Other features
With Snapdragon 820 2.7GHz quad-core processor, Xiaomi Mi 5 have a 2k Ultra HD Screen. 5 inch IPS LCD capacitive touch display, and the Xiaomi Mi5 Plus with a screen size of 5.6 inches,
Xiaomi Mi5 would include a fingerprint sensor.
The Xiaomi Mi5 is also said to pack a 3000 mAh battery, a 16 mega pixel OIS (optical image stabilization) rear camera, and a 4GB RAM!
Waterproof:
Don’t be afraid to take your Xiaomi Mi 5 and Mi 5 Plus out for a pool party or to the beach this time. Due to an IP rating of 67, Xiaomi is trying hard to make this phone to be one of the best Water Resistant phones in the market. Reports show that Xiaomi is working really hard this phone a feature which lacked in their previous devices. With phones like Sony Xperia Z series in the market, users are getting more used to the ease of water resistant devices. Water resistant mobile phone is a necessity now as we use phone all time everywhere, it’s obviously not a bad idea to make the user feel as safe as possible about their device even while water is around. Another new technology that is expected next year is a phone binding technology this will make a phone so sturdy that it will never be broken on 5-6 m falls. But that surely is not happening anytime soon for Xiaomi Mi4s, Xiaomi Mi5 or the Xiaomi Mi5 Plus.
Where to buy Mi 5 at the lowest price?
Only one store in Europe will offer Mi 5 at the lowest price with free shipping in EU online Xiaomi discounter
Автор: Xiaomidirecteu на 23:57 Комментариев нет: